WHY HIRING A PRIVATE INVESTIGATOR IN A DUI CASE IS ONLY ELEMENTARY, DEAR WATSON 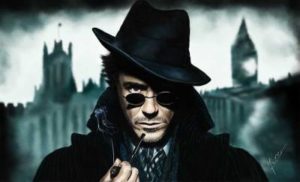 James Allbee is a Denver, Colorado Private Investigator with Metro Intelligence Agency; in this guest post, he draws on his years of experience to explain how a private eye can be incredibly advantageous in drunk or drugged-driving cases.

A private investigator will help you exponentially in any case, but using one for a DUI or DWAI case will be particularly beneficial as PIs can uncover the real truth behind what happened at the police stop. For example, if the police officer’s car had a dash camera installed, a PI can look at that video footage and see whether the officer treated the accused fairly or not. While police reports can be non-accurate and often lack many details about the event that took place, a PI’s reports are fact-based and look at all the evidence surrounding the case.

The private investigator does all the hard work; they collect every bit of information and relay their findings to the attorney working on the case, who uses it to build a strong case in front of the court in turn. Since the private investigator has access to facts and other bits of evidence attorneys do not, those lawyers who do choose to collaborate with a PI often have more outstanding clearance rates and wins in DUI cases. A PI can look at many aspects of a DUI case including: interviewing witnesses; reviewing the timeline of events following the person being pulled over; discovering an invalid breath test or even determining whether the Breathalyzer itself was working properly; obtaining copies of the police reports and records on the case; locating unknown witnesses; and photographing the scene and the car.

Private investigators usually have ties with local law enforcement as well, so they can learn more about the officer involved in the case. Attorneys need to know, for instance, if the officer conducting the field sobriety test was not properly trained in this type of testing as that could greatly help the case. From asking the PI to go out and examine the scene to corroborate the information on the police reports, to interviewing people to see if their story changes and detecting lies, to appearing in court as a witness, the PI works alongside the attorney until the case is over. It’s simply great for the attorneys to have a second pair of eyes in these cases–especially when it comes to safeguarding your future.

For more information about how they can assist you or your attorney with any investigative matters, please check out their website at: www.CriminalInvestigationDenver.com